The Maqasid Institute is a global think tank that is working to effect a paradigm shift in the understanding and practice of Islam via Maqasid al-Shariah or the higher objectives of Islam as based on divine revelation, the Quran, and the Sunnah to help guard the sanctity of all life forms, promote peace and security, and substantiate the value of divine guidance in human affairs. MI is nonprofit, nonpartisan, nonsectarian and committed to the advancement of faith, life, knowledge, prosperity and the welfare of future generations.

The Formation of Maqasid Institute – Global

Over the past ten years, MI was registered as a consulting firm in the UK and MI scholars offered training programs and graduate research projects on Maqasid al-Shariah and a number of related applications at universities, think tanks, governments, and NGOs in over 50 countries. The establishment of MI global headquarters in the USA was a milestone towards providing the proper institutional environment to ensure coherence, integration and synergy for all maqasid-based efforts.

MI Global started its activities formally in 2017 with the appointment of an executive team including Prof. Jasser Auda as president, Dr. Basma Abdelgafar as vice president and Dr. Zaid Jamaludeen as executive director. A Board of Trustees (BoT) was established under the chairmanship of Amb. Ebrahim Rasool. MI’s structure also include regional executives and directors of affiliate organizations, representatives who act as contact persons and provide limited services, as well as an Academic Council made up of distinguished scholars. Although not strictly an element of its internal structure, MI also have a number of key partnerships with leading academic institutions, non-profit organizations and the private sector.

Maqasid Institute HQ is registered in the USA as a 501(c)3 tax-exempt non-profit corporate entity (US Federal EIN 81-5384123). All MI affiliates, regional centers and offices are registered as independent NGOs and/or non-profit entities in their respective countries.

Our mission is threefold: (1) Providing the knowledge and tools that enable scholars in different disciplines to reconstruct thought in their area of specialization via a new maqasid methodology; (2) Applying the methodology to critical challenges and phenomena impacting our lives and the welfare of the planet; (3) Facilitating the application of the maqasid methodology in personal and community life through the expertise of Maqasid Research Network (MRN) members.

MI’s structure consists of a Board of Trustees, an Executive Team, Regional Executives and Directors, Representatives who act as contact persons and conduct limited services, as well as an Academic Council and Fellows. Although not strictly an element of its internal structure, MI is also dependent on a number of key partnerships with leading academic institutions, non-profit organizations and the private sector.

Meet MI's core of team of dedicated individuals. Along with their MI duties, these scholars and professionals are global ambassadors of Maqasid studies and philosophy.
Executive Team and Directors 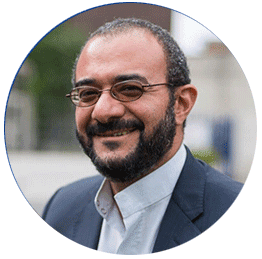 President
Prof. Jasser Auda is a renowned global authority and distinguished scholar in the field of maqasid al-shariah. He is a Founding and Board Member of the International Union of Muslim Scholars, Member of the Executive Board of the Fiqh Council of North America, Member of the European Council for Fatwa and Research, and Fellow of the Islamic Fiqh Academy of India. He has a PhD in the philosophy of Islamic law from University of Wales in the UK, and a PhD in systems analysis from University of Waterloo in Canada. Early in his life, he memorized the Quran and studied Fiqh, Usul and Hadith in the halaqas of Al-Azhar Mosque in Cairo. He was founding Director of the Maqasid Center in the Philosophy of Islamic Law in London and founding Deputy Director of the Center for Islamic Ethics in Doha. He has held teaching positions at the University of Waterloo, Alexandria University, Islamic University of Novi Pazar, Qatar Foundation and the American University of Sharjah. He lectures in Islamic law, ethics and thought around the world and has written over two-dozen books in Arabic and English, some of which have been translated into twenty-five languages. 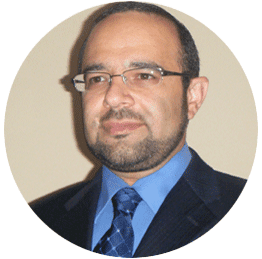 Executive Director
Zaid has over 20 years experience in contributing to and leading nonprofits like: educational institutions and community based organizations. He sits on the boards of several non-profit organizations and is actively involved in community development projects. Prior to joining MI, Zaid had 10 years professional experience in the field of advanced analytics and was Vice President of Risk-Modeling at a top US financial institution. Zaid obtained his Ph.D. in Economics from the University of Utah and is a frequent economic commentator at several media outlets. His current research interests are focused on developing a maqasid approach to economic issues like sustainable development. Zaid is a believer in the power of ideas, collaborative work and compassion for driving change and for making the world a better place.

READY TO GET INVOLVED?

Maqasid Institution is constantly seeking the engagement of interested individuals, organizations and communities around the world.